Sculptural Electronics
So Many PIC 18F4550s!
During sophomore year some artist dude, the radical Joshua Kirsch , asked my sculpture Prof. whether he knew of anyone that could help him fix the ailing electronics for his giant rotating-and-lighting wheel sculpture.

I blindly volunteered, with only really a very sketchy idea of what I was doing. Many months, and much, much, DIY learning later: Four PICs on three different PCBs, communicating serially, to interpet button presses, light massive banks of LEDs, and rotate the giant alumnium wheel. Here's a twist: Those massive banks of LEDs have random shorts to each other through the frame and the metallic tape -- yup, each bank has an H-Bridge!

Here's a video of it in action. 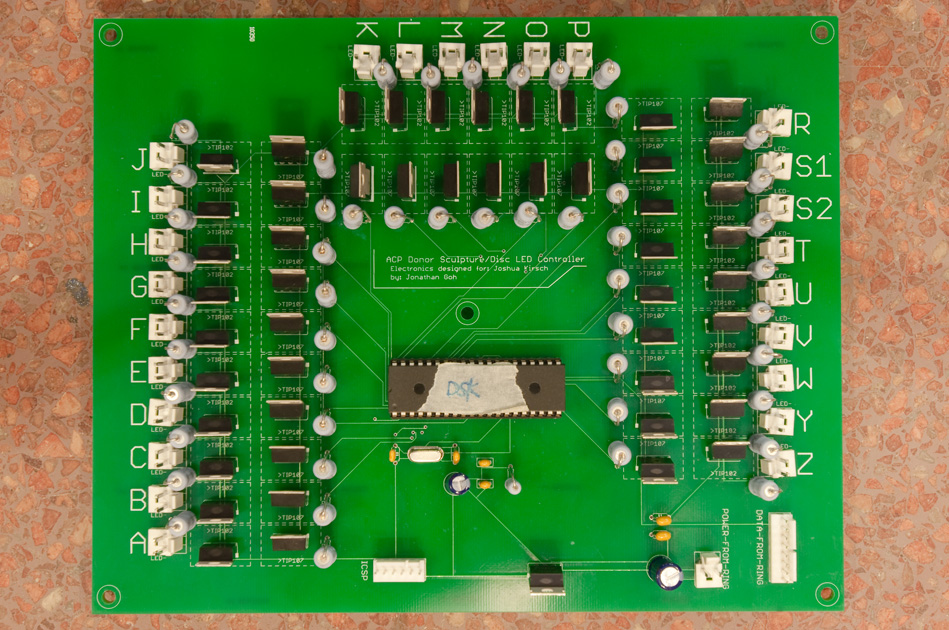 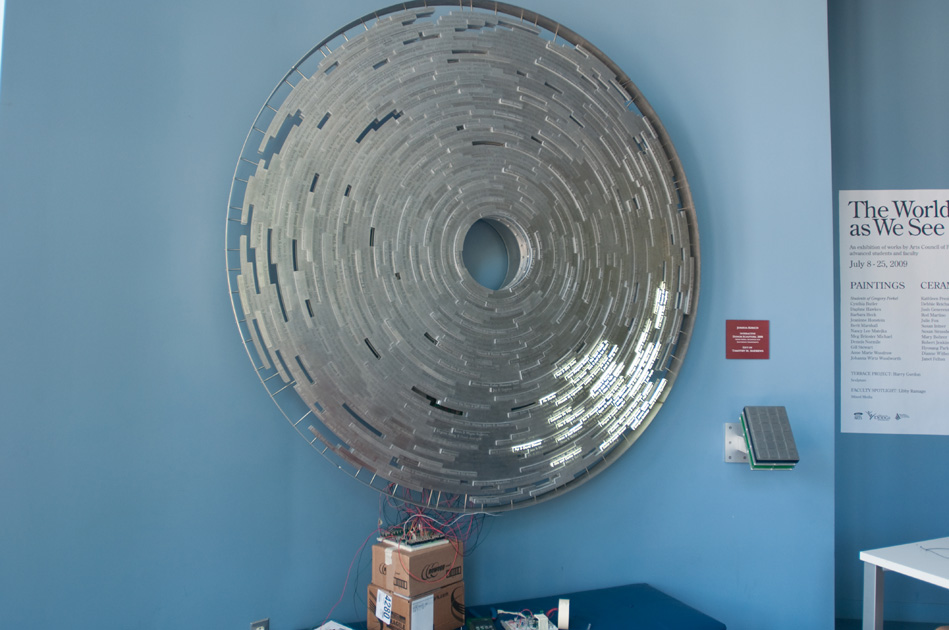 The Wheel!
The wheel, with some prototype breadboards attached to it!
You are currently browsing finestruktur.com by Jonathan Goh. I hope you're having a nice day!
This site is powered by Wordpress.